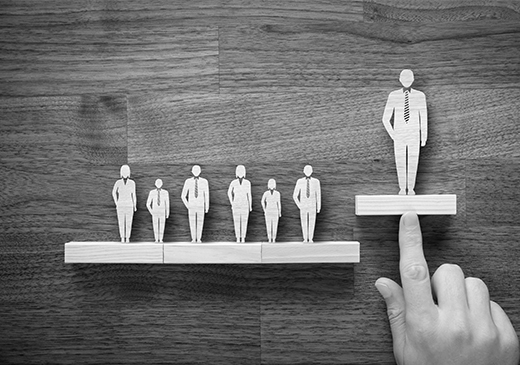 Reconciling conflicting qualities can be a source of creativity and adroitness in leaders – if they are handled well. TSI explains five exhibits of paradoxical leadership.

An American screenwriter once observed that the test of a first-rate leader is her ability to hold two opposing ideas at the same time, and still function well.

Great leaders understand that success is about simultaneously addressing conflicting demands; not choosing between them.

They are comfortable with multiple truths. They have the natural curiosity and the empathy but are resolute and goal driven as well.

Are you a paradoxical leader?

Discover what it is, and why it is so important.

When contradictions don’t impede but facilitate progress, reaching a state of equilibrium becomes possible, even amid uncertainty.

In the early months of the pandemic, decisions had to be taken swiftly and effectively, and many times without near to enough information. The value of business acumen, coaching skills, communication, and employee engagement rose.

Over one-third of C-level executives called COVID-19 the most challenging experience of their careers. (LinkedIn, 2020)

Successful leaders showed a propensity to five paradoxes. They embodied these contradictions, faced the music, and triumphed.

They have the confidence and the strong will to take tough decisions and act, as well as the humility to consult widely and correct the course when change is needed.

They listen to others and recognize when they are wrong. For all that, they are also assertive and courageous to do what it takes to get the work done.

Humility and Pride – are the ends these leaders bring together. They balance the traits of self-centeredness and other-centeredness.

When COVID-19 gripped the world, little was known on how to combat the virus, and how to respond. Acting amid such uncertainty required self-belief to move decisively, and acceptability that you could be wrong (and if so happens, bear the devastating costs that come with it).

Uncertainty led many leaders to freeze, get overwhelmed, and make wrong decisions with clouded judgment. Effective leaders projected a clear strategy and yet retained the humility to correct the course and take responsibility lest things change.

Setting the tone for the entire sports industry, he moved swiftly and consulted with the owners, players, and health authorities. As a result, early on March 11, 2020, the league decided to suspend the season for the year. Silver remained transparent. Was he sure if he was making the right decision? No. But he spearheaded nonetheless, and perhaps, it was the only choice he had then (just that he acknowledged it sooner and acted).

They are as adroit at surveying a landscape from as high as 30,000 feet as they are at working on the ground. They master the bigger picture while mastering the granular details.

Macro and Micro – are the two ends these leaders champion. These leaders were instrumental in limiting the damage from COVID-19. They understood the global implications and the wide range of possible outcomes for company operations, and based on that oiled the supply chain processes, ensured smooth remote working, and focussed on maintaining funds.

In the pandemic, both of those who only focussed on preserving existing holdings, and those who spent too much time on figuring the long-term outcomes missed the opportunity to be agile and position themselves for the future.

At a national level, few leaders figured out the balance between strategy and execution during COVID-19. Soon after New Zealand reported its firsts case on February 28, 2020, Ardern charted out an ambitious plan for the 5 million New Zealanders. She devised a four-level alert system early on and competently executed it throughout. Results? In early June 2020, the country declared itself virus-free.

They are empaths who are savvy with technology. They understand what their workforce need, and use enabling technology to achieve it.

Human and machine – they connect these two ends. Did you know that about 75% of business transformations in technology fail to improve performance? The reason is that much (sometimes even all) attention gets diverted to the technology at hand instead of what people at the core of these transformations need or feel about the changes.

These leaders are good at sensing the passive and invisible resistance among people, and bridge the gap between humans and tech.

One of the biggest tech giants, Microsoft’s leader understands that prioritizing human needs is as vital as technological disruption. Soon after the pandemic sent ripples in the workplaces causing anxiety among people, Nadella penned an open letter for all his employees. It adopted a first-responder mindset to support people on the frontlines. Results? The tech company has secured a place in the top 10 of the best places to work list released by Glassdoor for the pandemic year.

They think globally as they act locally. They are the most in-demand leaders in the business community today.

They are great problem-solvers who specialize in cracking the tensions between local imperatives and global integration.

Regional and global – these leaders tie these two ends together. They balance the demands arising due to distance and closeness.

The importance of these leaders became quite evident in the pandemic when supply chains shut down and traveling between boundaries became tougher than ever. The “glocal” trend was becoming prevalent from before the pandemic. COVID-19 strengthened it. With customers demanding customized products received at home, a homegrown knowledge of the ground realities has become as important as the know-how of international best practices for leaders.

The billionaire businessman and investor became the driving force behind medical shipments to 150+ countries amid the pandemic. When supply chains were disrupted, Jack Ma made the delivery of essential medical equipment possible by following China’s diplomatic rules and making sure his country is served first, and then went on to develop solutions at the global level.

They have the ability to negotiate diverging viewpoints toward a consensus as they keep their integrity.

Politician is a symbolic reference here to the leaders who are savvy to influence a broader set of stakeholders, while also maintaining high integrity to build levels of trust.

Ideals and politics – these are the leaders who embody both well. These leaders are opinion wielders and are skillful in maintaining both principles and people. To bring any change, they know the vitality of being meaningful as well as sticky at the same time. They are good at reducing friction between stakeholders. In nutshell, they know how to win and win fairly at that.

The cause of climate change has gained ground in recent years. One of the globally influential business leaders stringently supporting this change and prompting others to follow the suit is Larry Fink, the CEO of BlackRock. He has set the precedent by incorporating climate risk into investment decisions urging the business world to reassess its practices. Fink brings the level of inclusivity to bring diverse and even conflicting viewpoints together and his authority has the integrity to navigate through them.

Contradictions are good. Recognizing them adds several layers of depth and complications to the mix.

In times when the world is unlike anything anyone ever imagined, leaders who think differently and can model new behaviors are what organizations need and seek. Embracing contradictions internally will augur harmony externally.

Do you find within yourself the capacity to navigate these five paradoxes? Well, the stakes are simply very high to not to.

Getting comfortable is not an option. Become the finest business leader and strategic thinker with The Strategy Institute’s leadership offerings. 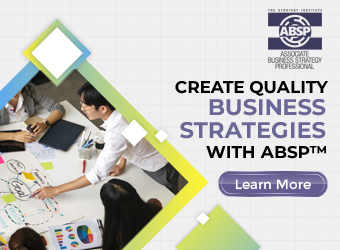 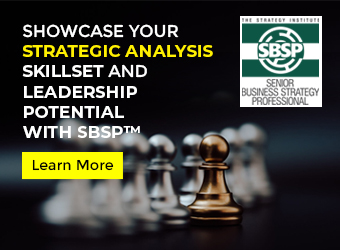 Request a Business Strategy Symposium for your Institution!

Sign up for the TSI newsletter and get the latest blog updates straight to your inbox!

CredBadge™ is a proprietary, secure, digital badging platform that provides for seamless authentication and verification of credentials across digital media worldwide.

CredBadge™ powered credentials ensure that professionals can showcase and verify their qualifications and credentials across all digital platforms, and at any time, across the planet.

Please enter the License Number/Unique Credential Code of the certificant. Results will be displayed if the person holds an active credential from TSI.

Stay up to date with the latest insights and info in business strategy with our newsletter.

Start Your Journey with The Strategy Institute By Creating An Account Today.